Legio Patria Nostra …  The Legion is our Country

32 Battalion is one of the most extraordinary army units in post-World War II military history.

The battered remnants of a beaten guerrilla army, it began as a multiracial ‘motley mob’ using World War 2 era platoon weapons on covert, anti-guerrilla missions behind enemy lines. The unit then transformed itself into what became one of the best anti-guerrilla army battalions in the world and by the wars end had again transformed itself into a highly effective, conventional, fully mechanised battle group.

When the Portuguese colonial government withdrew from Angola in 1975, the country descended into civil war. Of the various factions, the Soviet backed MPLA emerged victorious, UNITA melted into the vast Angolan bush to begin a guerrilla war against the MPLA, and the FNLA was abandoned by its leader Holden Roberto. Having clandestinely supported UNITA and the FNLA, the South African army withdrew from Angola back into South West Africa (Namibia). Colonel Jan Breytenbach of the South African army realised the potential of the remnants of the FNLA’s black, Portuguese speaking guerrilla fighters and continued to operate with them in southern Angola as Bravo Group. In 1976 he brought them back across the border into South West Africa with their families to settle in the Caprivi Strip at what became known as Buffalo Base. This group of ragtag, ill-disciplined guerrilla fighters who had fought a protracted guerrilla war for ten years against Portuguese colonial rule was to become the legendary 32 Battalion with the fitting motto Proelio Procusi … Forged in Battle. Initially lead by white South African officers and NCO’s, this ‘motley mob’ became one of the best anti-guerrilla army units in the world. They had a dual role of countering the SWAPO guerrillas infiltrating South West Africa (Namibia) as well as conducting clandestine operations against the Angolan army under the guise of the UNITA guerrillas … fighting countless skirmishes and battles. By the wars end in the late 1980’s, 32 Battalion had transformed itself again into a highly effective, conventional, mechanised battalion with armoured Ratel infantry fighting vehicles, G5 & G6 artillery pieces, anti-aircraft guns & missiles and Valkerie multiple rocket launchers. In this configuration, ‘Three-Two’ played a key role in stopping the massive conventional offensive into south eastern Angola by the Angolan army backed by the Cubans and Soviets in the late 1980’s. Together with South Africa’s 61 Mechanised Battalion and the UNITA forces, ‘Three-Two’ stopped the massive offensive dead in its tracks at the battles of the Lomba River and Cuito Canavale in Angola

With the independence of South West Africa in 1990, The Country became known as Namibia and 32 Battalion was relocated to Pomfret in South Africa. From here the unit was initially used to patrol the country’s borders before being deployed into the urban townships to counter the unrest in the lead up to the first democratic elections in 1994 and with it the dismantling of the Apartheid policy of racial segregation. Shortly before this, 32 Battalion was disbanded with its troops either choosing to join regular army units or to take early retirement. What made Three Two so unique is that it was a multiracial battalion that operated within the South African army at the height of the countries racially segregating policy of Apartheid. With Colonel Jan Breytenbach’s philosophy of Legio Patria Nostra ‘The Legion is our Country’, the men’s loyalty lay first and foremost with the unit, laying the foundation for the battalions culture of embracing racial and cultural diversity which in turn fostered mutual trust and respect amongst the officers, NCO’s and troops. This was the cornerstone from which the unit was able to overcome insurmountable odds on the battlefield and resulted in the battalion being recognised as the best combat unit in the South African Army since World War II. “When the shooting starts, it’s not about the colour of a man’s skin that counts, it’s what he is capable of”.

This is perhaps 32 Battalions most enduring legacy in a world still bedevilled with racial tensions. 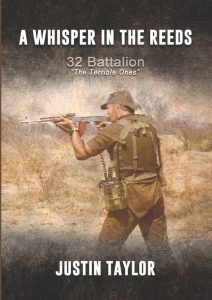 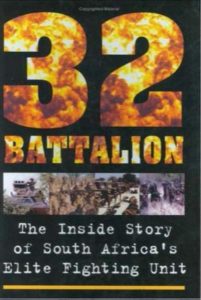 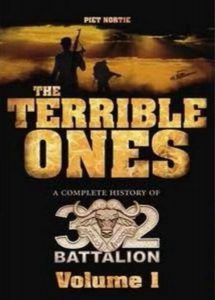 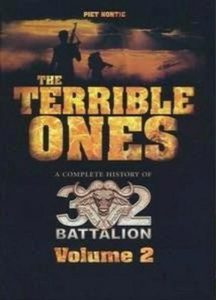 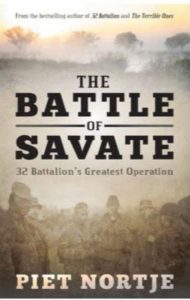 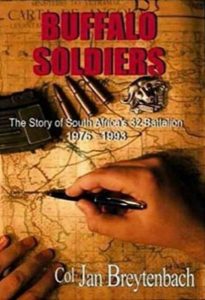 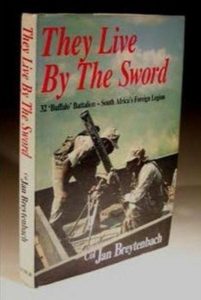 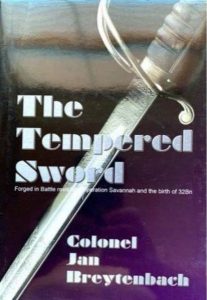 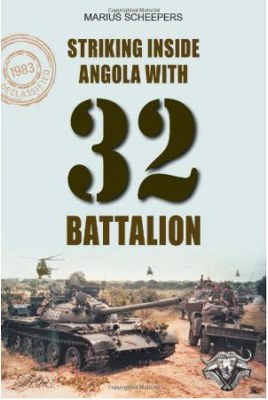 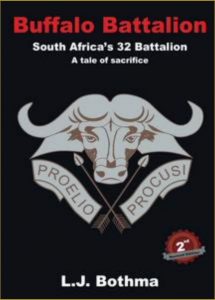 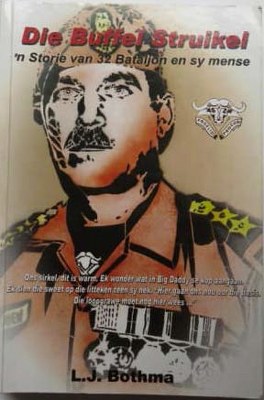 32 Battalion’s Buffalo Base and the cemetery in the Caprivi – 2009.
https://www.youtube.com/watch?v=oZLfEu1mTi0

Brothers in Blood – The men of 32 Battalion
https://www.youtube.com/watch?v=2zeaMJhcL1A&list=PLPfmpVFEjO79ghNVpFZ9to50lZlIlughI&index=5